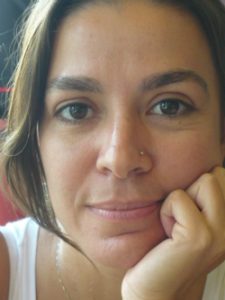 She is an associate researcher in the Indigenous Peoples of Bahia Research Group( PINEB/UFBA); member of the research group Memories, Territories, and Identity Processes in Bahia ‘Recôncavo’ (MITO/UFRB) and of the Laboratory and Study Group of Inter-ethnic relationships (LAGERI/UnB).

Between 2003 – 2008 she was active in the Nacional Association of Indigenist Action (ANAI) focusing the on the strengthening of indigenous organisations in Bahia and Brazilian Northeast, particularly indigenous women. 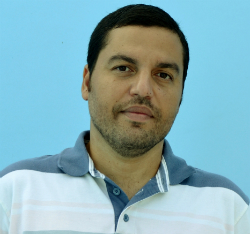 Dr Fabrício Lyrio is a Lecturer of History at UFRB. He teaches in the History Education Programme and in the Professional Master’s on the History of Africa, the Diaspora, and of the Indigenous Peoples. He is also a permanent lecturer on the Programme of Local History of Universidade Estadual da Bahia (UEB).

He holds a PhD in History from Universidade Federal da Bahia (UFBA), and a BA and MA from the same institution. In 2015, he was a post-doctoral fellow at Universidade Nova de Lisboa. His research area is on the history of the Jesuits and Catholicism, Colonial Brazilian History, and Indigenous History, and he has published widely and supervised graduate students on those topics. 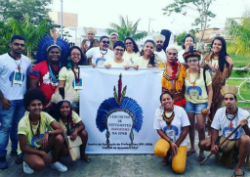 The UFRB Collective of Indigenous Students was created in the first semester of 2017. Our group’s main objective is to come up with and discuss strategies to increase admission and retention rates of indigenous students at UFRB.

We also fight for the de-construction of stereotypes about indigenous peoples and against social and institutional racism against indigenous peoples within the University. In December 2017 we organised the First Meeting of Indigenous Students at UFRB, which has become a reference for the group’s activities. 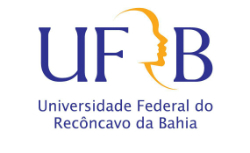