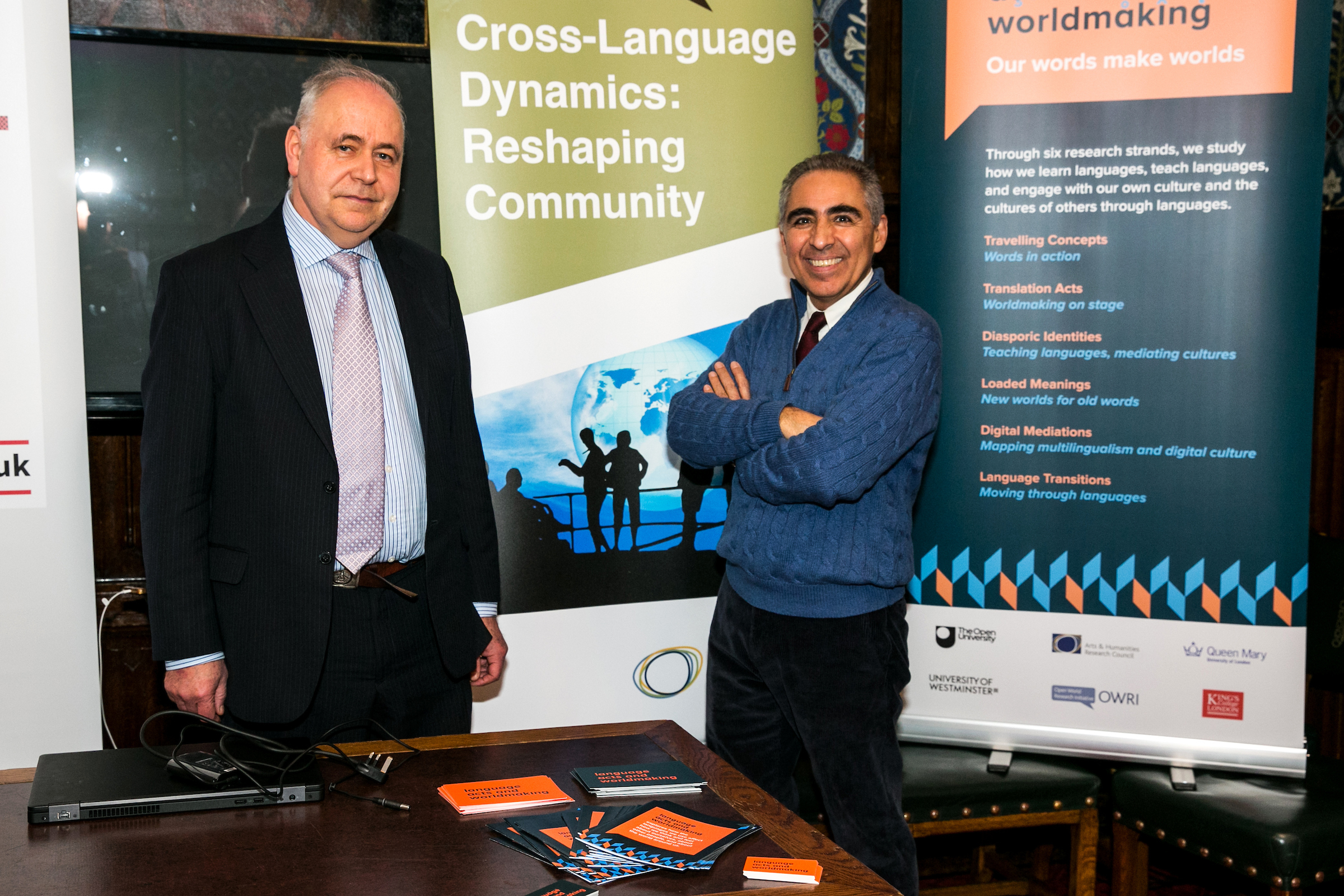 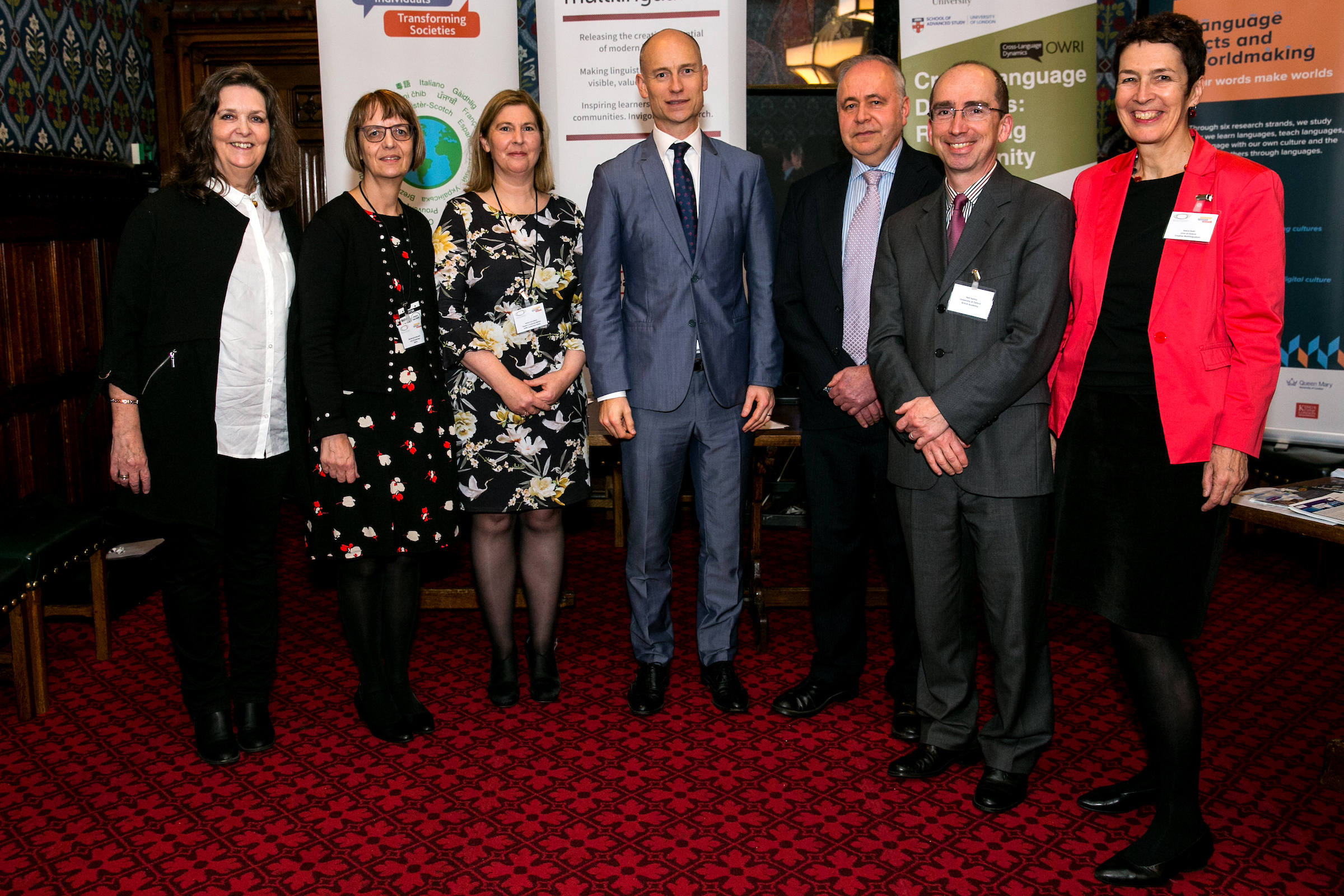 The purpose of the meeting was to highlight the value of Modern Languages in the context of concerns about the continuing decline in numbers studying the discipline in higher education, and the consequent effects on national capacity in fields where languages are vital to the UK’s future. To help tackle this problem, Steve and his fellow OWRI PIs are calling for the appointment of a ‘Chief Government Linguist’ to champion languages in a range of policy-making areas and to ensure co-ordination across government departments. The Chief Government Linguist role would be similar to that of the Government Chief Scientific Adviser. It would be filled by a senior civil servant who would mobilise executive support and coordinate the embedding of languages in government policy across a range of departments.

In presenting the research of the Manchester-led consortium, ‘Cross-Language Dynamics: Reshaping Community’, Steve stressed the benefits that it is bringing to local and national cohesion agendas; foreign policy and international diplomacy; and the creative industries. Developing this theme, Stephen Kinnock said: “The highly developed intercultural skills that come with learning another language are absolutely vital for successful trade and diplomacy, peace-making and cultural awareness. But the subject has no dedicated advocate in government. We need someone who can provide that overview and help the UK enjoy the remarkable benefits of better language skills.”