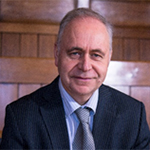 Professor of Russian Studies, The University of Manchester (Principal Investigator) 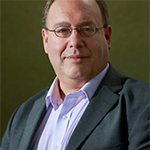 Recent measures taken at Birmingham, Nottingham, Manchester and elsewhere, show the unprecedented pressures that UK universities are facing. Even the Russell Group is affected by a rapidly changing external environment, with serious implications for an already embattled Modern Languages community. Reactions range from bitter resignation to angry protest. Both are understandable, and the latter sometimes even extracts the odd concession from University management teams. Campaigns to protect the status quo have their place, of course. But they will not be enough to prevent the incremental running down of UK Modern Languages degrees and research. Some have called on universities to recognise that language departments are inherently ‘inefficient’ because they require small-class teaching. Such calls are partially valid but cannot reasonably be applied to the teaching of non-language (or ‘content’) courses on French literature, Spanish cinema, and so on. Modern Languages disciplines can, however, exercise some control over their future. But they must be prepared to be pro-active, to countenance radical reform of their programmes and their organisation as well as their relationships with other disciplines, and to engage in a creative re-imagining of the place of languages in a globalised world.

Any reform programme should begin with a rejection of the prevailing compartmentalised, nation-state based approach to the organisation of Modern Languages units and curricula. It must recognise that established national boundaries and identities are being eroded and reconfigured by new communications technologies, migration trends, the increasingly multilingual nature of urban environments, and the transnational flows of culture, finance and ideology generated by a globalising world. These realities may already have been embraced intellectually by individual Modern Linguists, but they are insufficiently reflected in the administrative structures and curricular ‘canons’ of Modern Languages units. Few of us would mourn the passing of the old 19th and 20th century European empires. Nevertheless, too many Modern Languages degree offerings continue to mirror a hierarchy of languages that is the corollary of their earlier hegemony, and which well-meaning modules in the postcolonial Francophone, Hispanic and Lusophone cultures often reinforce. The contradiction would be mitigated if curricula could find more space for the rising languages of ‘the East’ and of the UK’s large migrant and diaspora communities. This initiative can be successfully implemented through partnerships between universities, schools and academies that would develop new, non-hierarchical curricula and exams syllabi in which foreign and community languages are integrated.

At the same time, we have to accept that – at least for the medium-term – staff (and other) resources will continue to diminish as a consequence of the institutional linguaphobia that drives the falling take-up of languages at all levels, and which UK Modern Linguists themselves partly internalise. Nor can the imperative to ensure that Modern Languages programmes are relevant for modern society and offer a clear route to employment be satisfied by half measures. Most of us are, to be sure, doing our best to highlight the favourable employability rates of Modern Languages graduates and the regular appeals from businesses for graduates with linguistic expertise. We are alert to the value of professional placements and internships. But students have a justifiable intimation that ‘relevance’ translates above all into improved linguistic competence. How many of us can honestly say that we have, in our financially constrained circumstances, found an adequate answer to students’ persistent demands for more dedicated language teaching?

What might transforming and future-proofing Modern Languages mean in practice? Below we offer some suggestions, which, if they do not represent a water-tight, universally applicable, solution, may at least initiate the sort of conversation across our community that is urgently required.

First, then, there is no reason why, over a period of time, we cannot address the post-imperial hangover problem by strengthening offerings (though not necessarily dedicated ‘departments’) in Chinese, Arabic and Japanese, and introducing the likes of Urdu/Hindi, Punjabi or Polish, thereby dismantling the fallacious distinction between ‘community’ and ‘foreign’ languages. Whether they are offered as ‘majors’, ‘minors’ or in some other capacity will depend on local circumstances and degree frameworks. In what is, at best, a zero-sum game, however, this will inevitably come at the cost of a reduction of the resource allocated to some of the traditional Western European languages. But difficult choices would be minimised if UK universities were to require all students to take one course in a modern language during their undergraduate studies. Under this scenario, schools, where Britain’s ‘languages problem’ begins, would be powerfully incentivised to restore the discipline to its rightful place in the secondary curriculum. This would stimulate improvements in university recruitment. It would also bring about a change in student perception of the value of languages to other disciplines, and to employability, as well as a tempering of national linguaphobia.

Second, it is high time we capitalised upon the immense value to our students of the multilingual communities in which our large civic universities are located. By building close partnerships with those communities, we will be able to identify opportunities – formal and informal – to expose students to the languages in their midst, enhancing their linguistic proficiency and their appreciation of the importance of linguistic diversity, and involving them in staff-led research. To that end, the Multilingual Manchester initiative is already operating an innovative Student Volunteer Scheme that is open to students of all disciplines across the University. It is now also launching work placements and internships in multilingual business settings and diversity management institutions for PhD students across Humanities and for Modern Languages undergraduates. Even when there is no precise correspondence between placement and language or other degree programme, such initiatives can equip students with vital transferable skills.

Third, there is much to be gained from working across the boundaries of individual language disciplines to create modules with a strong comparative or transnational dimension. As well as embodying the principles of a transnational (and in many cases, translingual) approach to Modern Languages, these modules would offer significant economies on staff resource, since the burden of teaching them can be shared across disciplines. Possibilities, which are almost infinite, might include ‘New Media and Political Protest in Authoritarian Societies’ (co-taught by staff in Arabic, Russian and Chinese); ‘Remembering Communism in Eastern Europe’ (co-taught by German and Russian staff); or ‘The Films and Cinematic Legacy of Luis Buñuel’ (co-taught by Spanish and French staff). The principle could be extended still more profitably beyond Modern Languages to include modules such as ‘The 19th Century Romantic Novel (English, French, German), or ‘Renaissance Art’ (Italian and Art History).

To develop the previous point to its logical conclusion, there is, in terms of both first principles and the pragmatics of effective resource management, a bigger imperative still to embed Modern Languages expertise, and its associated ‘world view’, throughout the arts. This would require an alignment of Modern Languages curricula with those of the still surprisingly mono-cultural arts disciplines (History, English, Drama, Film etc.) and, where feasible, the social sciences (Politics, Sociology), as well as those that deal with diversity management and global outreach: Anthropology, Human Geography and Planning, Business and Population Health. There is a sliding scale by which the alignment could be achieved. Most minimally, it can be facilitated by encouraging the mutual cross-listing of existing (and relevant) modules (those of History, English, Film etc.) by Modern Languages, and vice versa. A more ambitious approach would be to urge Modern Languages staff to develop new modules explicitly for incorporation into the curricula of affiliated arts and social science disciplines. In theory, the reverse could also occur. Student intake differentials might seem to make this less likely; but the fact that this year much of Multilingual Manchester’s student volunteer intake has come from Politics and International Relations, underlines the contribution that engagement with language diversity can make to addressing key contemporary issues like community cohesion, re-casting relationships between public, private and third sector agencies, securitisation, empowerment and resilience, and more. The most radical option of all would involve the wholesale transfer of some Modern Languages staff to other disciplines, thereby rebalancing staff resource (without cost) to reflect student numbers whilst retaining Modern Languages expertise and, at the same time, extending the intellectual reach of the ‘host’ disciplines.

Our ideas for future-proofing Modern Languages are contingent on the cooperation of all the affiliated arts and social science disciplines. These need to be open to the inclusion of a language dimension in their curricula, and to appreciate the contribution that it can bring to their subjects. The best way of ensuring this is through increased dialogue and reciprocal engagement. An excellent example of such activity at Manchester is the presence of colleagues from Business, Population Health, and Sociology on Multilingual Manchester’s Steering Group and reciprocal engagement by Multilingual Manchester with the newly established Manchester Urban Institute, Migration Lab, and the ‘Devo-Manc’ initiative designed to maximise university contributions to the city’s devolution agenda. Ultimately, however, the long-term success of such strategies requires strong leadership by senior managers.

Our final suggestion concerns the teaching of Modern Languages themselves. Whilst far from new, advocacy of the target-language teaching of non-language or so-called ‘content’ modules has had only limited success. The response is often that this policy will ‘dumb down’ degrees, since students can only cope with simple material when it is taught in a language other than their own. This attitude internalises British lack of confidence in the speaking of other languages and is itself the epitome of ‘dumbing down’; elsewhere in the world, target-language teaching is the norm rather than the exception. We would further argue that bolstering the number of ‘content’ modules taught in the target language would dismantle the ‘Language/Content’ dichotomy, which is based on a dubious assumption that the world of culture and ideas can be separated from the form through which it is articulated. It would, crucially, also help deliver on meeting student requests for more exposure to their target language without increasing staff resource.

To summarise, these reforms would require a strategy of developing, and carefully balancing, different categories of module:

To achieve that balance, further resource savings would be needed. These include giving a greater role to Language Tutors (allowing them to teach ‘content’ courses where they have the expertise and entrusting them with administrative roles beyond course convening); ensuring that every language discipline includes one teaching-focused lecturer for whom teaching loads can be higher than for research staff; consolidating administrative roles – there do not need to be separate exams or admissions officers for French, Spanish, Russian and Italian, for example.

None of what we are proposing is incompatible with the retention of languages to degree level, and across the range of languages offered by large Modern Languages Schools, such as that at Manchester. In fact, the reforms outlined offer the best chance of extending that range. The road ahead is fraught with danger. We have to be realistic about what declining Modern Languages enrolments and wider challenges to Higher Education mean for our subject areas, and to work with University management teams to arrive at the most efficient and productive deployment of Modern Languages expertise. We have simultaneously to argue vociferously for the critical importance of that expertise and to articulate a compelling vision for Modern Languages research and teaching aimed at halting, and ultimately reversing, the long decline.