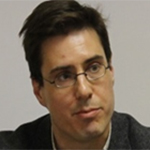 In an earlier post (‘After Herder’), I argued that the division of humanity into communities by language was vital to the ontology of Modern Languages. I also hinted that this principle of humanity’s divisibility was where Modern Languages (ML) and Area Studies (AS) meet. In ML, though, the reigning logic of division is by ‘language’, while in AS it is by ‘area’ (where both ‘language’ and ‘area’ are epistemic constructs rather than empirical realities).

What I also suggested in that post was that the division of humanity entails demarcations that interlock communities/populations with places/spaces; or, to put it more abstractly – ‘tribes’ with ‘territories’. I proposed the following typology of this interlocking:

3) post-/imperial (complex, invariably hierarchical, as well as historically shifting, interlockings of a multiplicity of both ‘tribes’ and ‘territories’);

4) diasporic (one ‘tribe’ dispersed across a multiplicity of ‘territories’ – in extremis the globe);

5) multicultural (a multiplicity of ‘tribes’ intermixed on a single ‘territory’ – in extremis a locality, such as a superdiverse city).

Historically, Modern Languages (ML) have been dominated by the ‘national’ model of hardwiring ‘language’ and ‘community’. This is not to say that in ML the division of humanity by ‘language’ literally follows its division by ‘nation’. The histories underpinning the formation of communities associated with languages studied by ML are highly complex and differ from one language to the next. In fact, most languages that dominate ML have had imperial and post-imperial histories, and few are tied to a single nation state. Many of them also map onto what is commonly dubbed ‘language-based areas’. However, most languages studied by ML are associated with histories of nation-building of one kind or another – histories through which the languages in question became institutionalised in the form necessary to be included among the ML. Critical here is that in ML the hardwiring of ‘language’ and ‘community’ even when not strictly speaking national is nation-like, with the ethnic, imperial, diasporic and multicultural often being tacitly framed as variations on the national, leading to criticism of ML for their tendency towards ‘methodological nationalism’.

Countering this ‘national’ model in studying language communities, Area Studies (AS) foregrounds the greater relevance of geo-political/cultural boundaries that exceed those of nations. If ML are dominated by the ‘national’ model of humanity’s division, AS are grounded in the ‘post-/imperial’. In AS, the delimitation by ‘area’ commonly reflects (post)imperial histories, to include neo/quasi-imperial configurations (e.g. the Eastern bloc during the Cold War) and post/neo/quasi-imperial contact-zones (borderlands, trade routes). Just as with the ‘national’ paradigm in ML, key to the success of the ‘post-/imperial’ one in AS is that the ethnic, national, diasporic and multicultural can be assimilated into the study of more complex and shifting power-relations that emerge out of the historical interlocking of multiple communities across territories identified as an ‘area’.

ML and AS are not, however, the only disciplinary frameworks rooted ontologically in the principle of the divisibility of humanity, just as the ‘national’ and ‘post-/imperial’ constellations are not the only possible models of the interlocking of ‘tribes’ and ‘territories’ through which humanity’s division is articulated. A pertinent disciplinary framework that needs to be differentiated from both ML and AS is Heritage Studies (HS), i.e. the study of communities defined by common ‘heritage’. HS has been less institutionally visible than either ML or AS since it is confined to rarer cases where there is either no nation-state to speak of (e.g. Romani Studies) or where the relevant nation-state is not a strong determinant of the community in question (e.g. Jewish or Armenian Studies). In HS it is the ‘ethnic’ and ‘diasporic’ type constellations that serve as crucial grounding, usually in allied form, while the ‘national’ and ‘post-/imperial’ types are commonly downplayed as of secondary importance. The non-fixity of the interlocking of ‘tribe’ and ‘territory’ is key here.

Finally, there is a further disciplinary framework in which the ‘multicultural’ constellation prevails. This would be a reinvigorated form of Locality Studies (LS) focused on the study of multicultural environments, such as especially superdiverse urban conglomerates (see Yaron Matras’s Toward a language and culture based Locality Studies). Here the study of the complex macro and micro dynamics of a ‘locality’ take precedence over political and cultural dynamics typically associated with larger entities, such as nation states or geopolitical areas. LS strategically de-prioritise forms of territorialisation imposed by national or imperial politics, promoting localities, such as megacities, into nodes that structure the contemporary globalised world.

There is, however, nothing inherently more appropriate in any one of the above frameworks: ML, AS, HS and LS are all tied to specific historically-contingent political, social and cultural imaginaries; each is in its own way incomplete; each reflects a different type of constellation of the intertwining of ‘tribe’ and ‘territory’ and each has its own uses and advantages, limitations and biases. The question that arises, though, is whether it is possible to develop a more complex framework for the study of language communities that could productively combine the above perspectives without reducing one to the other.

A significant opportunity for interaction across ML, AS, HS and LS is afforded by the fact that none of them is a discipline in its own right: they are all disciplinary aggregates thriving only as multi/cross-disciplinary formations. Their internal interdisciplinarity thus creates openings for collaboration and integration across their respective boundaries. This is precisely why there is already plenty of dynamic interaction between them, including the periodic formation of strategic alliances.

It is difficult, however, to imagine ML, AS, HS and LS fusing into some larger whole, since neither would be willing to lose its specificity. For the disciplines aggregated within each cluster are not the same, even if they partially overlap. For example, in AS, social sciences predominate; in ML the humanities prevail. Similarly, the combination of social-science disciplines that reigns in, say, AS will not be the same as the combination that takes the lead in LS. Not only is the combination of disciplines and their inflections within each aggregate different, but the dynamics of crossdisciplinarity will be different in each aggregate. In AS crossdisciplinarity is likely to be dominated by efforts to solve questions the ultimate relevance of which is broadly political; in ML by attempts to understand the forms and means of creating meaning through culture; in HS by issues of identity; in LS by the analysis of socio-economic and socio-cultural dynamics.

Yet what makes the interaction and collaboration of ML, AS, HS and LS necessary is that despite disciplinary divergences, all four aggregates (a) share a common ontology (that of the divisibility of humanity), and (b) effectively complete one another (by each foregrounding a complementary way of demarcating humanity along the ‘tribe–territory’ axis). This suggests that it might be possible to develop a more capacious conceptual framework that would support better integration of work that is emerging out of otherwise partial and fragmented collaborative interactions. An example of this might be the idea to broaden the concept of the ‘trans-local’ in such a way that it be made to encompass all five constellation types described above (‘ethnic’, ‘national’, ‘post-/imperial’, ‘diasporic’ and ‘multicultural’), yet without (a) privileging some of these over others, while (b) making sure such a conceptual framework does not become so loose and vague that it loses its theoretical and methodological functionality.

But how should one go about mobilizing collaborative activity that bridges ML, AS, HS and LS? It is crucial to cease imagining their interaction as a kind of ‘trading’ of concepts and methods on some ‘borderland territory’ situated in-between them, implying collaboration that is taking place on their respective ‘margins’. Instead, one should foster, within each aggregate, what one might call a ‘bridging zone’ – a zone that would be defined explicitly as one of interdisciplinary collaboration across and between ML, AS, HS and LS, but that would be cultivated as a legitimate area of work within the aggregate in question. As such, this would be a domain of activity that is in no way peripheral but recognised as an inherent contributor to the given aggregate’s larger mission (both in the context of knowledge production and that of education). From the perspective of ML, such a ‘bridging zone’ should not be seen as a Trojan horse introducing ‘alien’ perspectives from AS, HS and LS which supposedly place the identity of ML under threat. Instead, such as zone must be developed as a means of enriching, enhancing and strengthening ML that otherwise continue to exist as a distinctive disciplinary aggregate in their own right.