Workshops: ‘Exploring Theatre Translation’ in Buenos Aires and Online; ‘Playing with Prose’ in London and Online 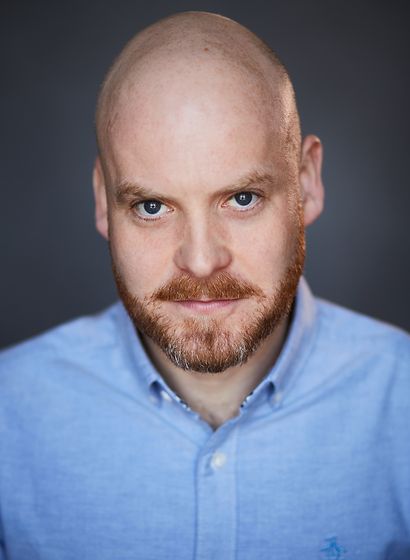 This year has seen everything change for theatre and teaching. With the support of the Open World Research Initiative, the School of Advanced Studies and the Institute of Modern Languages Research however, I was able to adapt my way of working, enlarging the inclusivity of two projects that explored different aspects of culture across diverse societies.

November 2019 saw myself, playwright John Donnelly and Catherine Boyle of Kings College, London in Buenos Aires to work with the Argentine Association of Translators and Interpreters at the Cultural Centuro Paco Urondo for Exploring Theatre Translation. We were there to guide a group through the specific challenges and opportunities offered by translating for the stage. They included student translators, established actors and some with no previous experience of working within a theatre environment. All embraced our multidisciplinary approach though as we explored John’s plays, with the week culminating in a staged reading of The Porter. It proved that something very special can happen when a large group of people gather in the same space to share new ways of working and to explore the cultural specificities and similarities of different nationalities.

With the second part of the project due to happen in mid July 2020 though – when we were to bring an Argentine playwright and director to London – it became clear that this would not be possible again. We instead created a series of blog posts from the creative team reflecting on our week in Buenos Aires, culminating in the online publication of The Porter in English and Spanish. We were pleased to discover that people from across the world had signed up for these, and to be able to ‘meet’ them all at an online Q&A that followed the publication.

Keen to look to the future we also launched Poor Connection, in which ten new short Argentine plays were translated by groups in Britain, Argentina and Venezuela. Most of the translators had never worked together before but thanks to the project being online they were able to create new English versions in a matter of days. Excerpts of each of them were then performed by a group of actors on Zoom from England, Scotland and Spain to a large international audience. This work will continue with each of the plays getting a full rehearsed reading online. By interacting with so many people we were able to capture the spirit of reaching out and learning that drove much of the work in Buenos Aires, and will allow us to seed material that will continue to grow until it is safe for us to be in the same space once again.

The final work that I carried out just before lockdown in the UK was the two-day workshop Playing with Prose, drawing on my experience of helping to create a number of plays adapted from novels. The workshop in mid-March saw the students

write and perform their own short plays, and with the blessing of the original authors we then published these online.

I was then asked by IMLR to rework the workshop to be held remotely over Zoom in May. Unsure that the spontaneity and discussion that was so important to the workshop could be captured online I was gladdened to discover that people were signing up from across Europe and East Asia, enlarging and enriching the possibilities of the response to the source material. Reasoning that two full days on Zoom would be tiring I spread the workshop out over a week, allowing for more time for personal reflection. I was then able to pair the students up – who were at times communicating across different time zones – with a short story to adapt. And I was able to bring in five actors to perform the plays and who approached the work with a respect and liveliness that the students found inspiring. When the workshop was held once more in August I was joined by participants from North and South America as well as across Britain and Europe. There were actors, playwrights, TV writers, academics and those just starting out in the creative arts, all with very diverse backgrounds and at different stages in life.

What has remained constant throughout all of this has been the desire to communicate. Despite being unable to meet in person during the past six months, I have taught and learned from people of different nationalities and first languages. It has reaffirmed my belief in the power of the story, whether it is a play, a novel or a short story, to unite us all.

Selected feedback from the workshops

“Translating usually is a lonely task. We seldom get the chance of sharing ideas or exchanging opinions with colleagues. And this is exactly what we did during the 5-day workshop in which we had the privilege of exploring theatre translation under the guidance of some wonderful teachers. Each day was magical in its way; we played and we learned while working collectively as we eagerly absorbed all knowledge laid upon us. As the days went by, thanks to some exquisitely timed activities, we could get into the mind of the playwright; the more we got to know him, the more we could understand his way of expression to be exact in our conveyance of his thoughts. I believe this workshop gave us all, teachers and students alike, the opportunity of giving out all our best possible selves, of reaching our own personal goals and of growing to become a very solid group by the end.”

“Playing with Prose is such a useful workshop which gives us access to four stage adaptations from novels. By comparing the original works with their adapted transcripts, listening to the interviews with the playwrights and adapting a short story into a microdrama by ourselves, the workshop led by Jack offers a chance to try and share the insights of creating adaptations.”

(Feedback to Playing with Prose at University of London, 13th-14th March 2020)

“This workshop is a must. A hands-on and immersive approach to reading out loud for the theatre, understanding dramatisation and taking the first steps towards creative writing. Jack Tarlton is an expert actor, interpreter and guide with a natural skill at making theatre alive and accessible.”

“Playing with Prose was a unique opportunity to meet and discuss the practical and artistic challenges and creative solutions that the theatre adapter faces. It was great to hear from someone who’s taken part in several of these processes and to look at a variety of plays and the myriad strategies that were used to bring them to the stage from the pages of a novel. Capping it off with a practical application of everything we’d discussed throughout the course was very rewarding, and it was amazing to see how everyone really brought their creativity and ingenuity to the process.”