Between the transnational and the intimate: The use of English in contemporary Russian rock 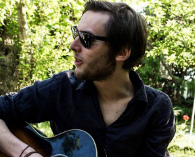 PhD candidate, School of Arts, Languages and Cultures, The University of Manchester

It’s a frosty night in March 2018, but inside the 7000-capacity Moscow’s Adrenaline Stadium a band is heating up the crowd. The band sings in English, and people seem to know the lyrics by heart, tune after tune. On stage, however, is not a British or American band. It is Moscow-based Therr Maitz. The group’s singer, Anton Belyaev, comes from Magadan, a city 10000km away from the Russian capital on the Pacific coast.

Therr Maitz are one of the most successful Russian bands of the last decade. After the pop duo Tatu in the 2000s, they have been the first Russian Anglophone act to reach national popularity in a country in which English is not so widespread: “Russia is no Sweden,” says the guru of Russian music journalism Artemy Troitsky, “here very few people know English.”

This signifies that, contrary to what we may assume, singing in English in most non-Anglophone countries is often a renouncement of mainstream recognition and a declaration of affiliation to the underground: “we’ aren’t fashionable,” says Vladek Shin, guitarist of Cruel Tie, “we are an Anglophone band.” Chances of commercial success decrease when singing in English, as they clash with the expectations of a market that relies considerably on domestic repertoire sung in the local language. “Here the industry is very conservative,” explains Sergei Khavro, aka Parks, Squares & Alleys, “Russophone bands have the support of mass media. Anglophone ones don’t.” Similarly, music journalist Aleksandr Gorbachev argues: “everyone in the industry goes: ‘you sing English, you’ll never be played on radio, and you’ll never perform on television.’ Therr Maitz, in this aspect, represent an important cultural change.” Selling out arenas, performing on national TV and being aired on the radio looks even more like an exceptional achievement. Curiously, however, Therr Maitz and Belyaev are practically unknown abroad.

This contradicts another widely accepted assumption, namely, that bands in non-Anglophone countries choose English because they aim for a career abroad. Rather, their target listener is abstract, located anywhere, including their own country: “I don’t write songs in English to become popular in England,” said Anton Belyaev during our interview in his studio in West Moscow, in summer 2016. “I write songs in English because that fits my vision of the world.”

In a country where English is not the first language, it is this vision of the world that gleams behind an apparently straightforward Anglophone song. “When I write lyrics in English, I’m not imagining a Russian person. Or English, or American. In fact I’m imagining just an individual,” maintains Wet Red singer, Eva Vostroknutova. English fulfils this vision of universality and ‘unity,’ and it is used to convey emotions and issues that belong to a shared human experience, rather than to a specific culture.

Language choice in popular music, therefore, constitutes one of the primary examples of the interplay of broad cultural, economic and political power dynamics with the intimate space of the self. It sits at the crossroads between the global and the individual. And it is an extremely frequent practice: despite the difficulties in acquiring recognition, a personally conducted survey of 300 rock bands operating in Moscow in summer 2017 showed that 31% sang exclusively in English, while 27% sang in English as well as Russian. This meant that at least a musician out of two used English to write music.

On the one hand, singing in a foreign tongue in one’s own country and for a local audience appears strange, or even alienating; on the other, for the participants involved, it is ‘natural.’ For many musicians, paradoxically, choosing to sing in English is not even a choice: “I mainly listened to Anglophone bands, so I actually didn’t ask myself in what language to sing. For me it was absolutely spontaneous. It was logical that if we had to play music, it should be in English,” reveals Arvid Kriger, vocalist of the indie group Human Tetris. In the eyes of millions of non-native musicians and listeners worldwide, the power of the Anglo-American tradition – of acts such as The Beatles, The Doors, Dylan, Joy Division, Nirvana, and more recently Radiohead or The Strokes – has made English switch from vehicle of the content (the lyrics) to form (a constituent part of the song). For them, there’s no discussion that rock has to be in English: Anglophone rock equates to ‘authentic’ rock, and it would simply be inconceivable to sing in a different language: rock and English are indissolubly bound together.

Moreover, this tendency is reinforced by parental habits. For the first post-Soviet generation, to which the young Russian performers belong, listening to Anglophone rock is a norm they inherited from their parents: “I grew up listening to Anglo-American music,” says Yura Makarychev, frontman of On-The-Go, “my dad was a music-maniac.” Indeed, the last Soviet generation consumed Western music to the point of sacredness, mostly in secret and through an institutionalised network of pirating activities. The forbidden fruit tasted all the sweeter considering the scarcity of rock in the Soviet entertainment system (but, as opposed to commonplace knowledge, rock was more a tool for the establishment of a private emotional zone than for anti-Soviet protest).

Thus, tradition and habits have influenced Russian Anglophone musicians to the point that they acknowledge how English sounds ‘better,’ how its phonetics and short words allow for more malleability than Russian when composing a song. But as the global language of pop music, English might also sound ‘better’ because it sounds the most: the political and economic capital of the Anglophone centre has aided its global spread and shaped the habits of listeners worldwide. At the same time, listening to Anglo-American music has long become a means of international dissemination of English as a language, and there’s little doubt, as linguist David Crystal argues, that many people around the globe became acquainted with English, or started learning English, through pop songs. Some, however, might say too many: linguist Robert Phillipson, for example, claims that by spreading so pervasively, almost imperialistically, English has become a lingua emotiva. This emotive lingua franca has attractively but coercively fashioned an imagery of feelings for non-native speakers, hidden behind the dissemination of seemingly harmless products of popular culture, including music.

While we consider globalisation as a key element in the production of Anglophone music in non-Anglophone countries, we also need to remember that Anglophone Russian musicians, upon creating a song, undergo an undeniably personal process that involves the complex interplay of language, feelings, music and aesthetics. Often, musicians start from vocal sounds devoid of verbal meaning to sculpt fully-fledged lyrics, experimenting and negotiating their ideas within the limits of their second language. Andrei Vanin, vocalist of the band Vanyn, reveals: “[the process starts] with the emotions and sounds that I feel when looking for a vocal melody. When I have the melody, I start throwing out some actual words that I think fit the rhythm and meaning of the song. At this point I already have an idea of what the song should be about: what season (winter or summer), what story (sad or happy), what subject (love, friendship), etcetera. Then lyrics take shape from those themes.”

If writing a song in English is easier because it sounds more natural than Russian at the level of music tradition, it is simultaneously more complicated because the musicians struggle with pronunciation, grammar, and in general, with a language that they don’t use in everyday interaction: “we will always fight with English pronunciation,” says Belyaev. For some musicians it is necessary to utilise an editor to check their lyrics, whereas in others the accent is clearly discernible. Some have neve fully learned English, while others have started at an adult stage. But focusing too much on proficiency here misses the point: if it is true that these musicians don’t use English in their daily communications, talking to friends or buying food at the supermarket, it is equally true that they attach to their second language as much importance as Russian. To be precise, they live with English as intensely as they do with their mother tongue, by using it to create what they view as most precious in life – their music – in an extremely ingenious manifestation of bilingualism.

Yet the main problem that Anglophone musicians face doesn’t come from their use of English, but rather from the consequences of their language choice. Anglophone musicians often run the risk of being labeled as parochial, bad clones of the ‘real’ Anglo-American musicians. In a country that’s seen a sharp increase in patriotism in the 2010s, several commentators ask: why should musicians sing in English when they live in the biggest country in the world, with a potential reach of around 150 million people?

For their dedicated audiences, however, things are different. Most Anglophone bands are associated with music of ‘good quality’, committed to a ‘sound’ that places Russia on a par with Western bands, importing and pioneering new sonic trends on Russian grounds: “in Russia great music finally appeared”, write fans in the comment section of Therr Maitz’s videos on YouTube. “Another universe in comparison to Russian pop music;” “a diamond among stones.” These comments indicate that Russian audiences value local Anglophone performers as a significant occurrence in the country’s cultural panorama, and they do so with particular reference to the fact that the lyrics and the music are on an equal level. As a legacy of 1970s and 1980s Soviet rock, Russian rock is very lyric-centric, but this has come at the cost of the ‘sound,’ perceived to be lagging behind Western standards. Trying to redress the balance between poetic tradition and sonic modernity has been one of Anglophone musicians’ aims. After all, as Hospital’s vocalist Egor Berdnikov asserts: “if you find yourself on the same page, it doesn’t matter in what language the song is sung. Because, the way I see it, a song is neither fully music nor fully words. A song is everything together, that’s how you get the whole picture.”

This unity of the verbal and the sonic occurs regardless of the comprehension of the verbal, otherwise we wouldn’t be able to explain why we are deeply moved by songs whose lyrics we don’t understand. By leaving room for imagination, music displays its innermost character of transcendence. Ultimately, singing in a foreign tongue is a creative process that brings the musician pleasure and facilitates emotive expression. In this, the general and the particular co-exist. Writing songs in English in non-Anglophone places contributes to fashioning an identity that belongs to a universal (imagined) community, follows transnational musical trends, but is first and foremost personal.